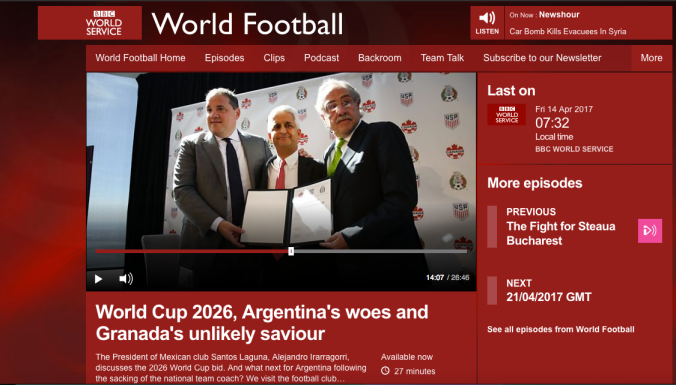 A week ago, Jorge Sampaoli was still considered as a candidate by the Dutch football association to be appointed as their new national team manager. I didn’t like it. So I wrote this blog on LinkedIn (in English) “warning” the KNVB about the troubles that such a decision could bring for them.

Well, the Dutch finally dropped the idea, but the blog made waves and I had the honor to be called by the BBC World Service radio to participate on their weekly World Football show. The subject was, of course, Jorge Sampaoli, in the context of what’s happening in Argentina after Edgardo Bauza got sacked.